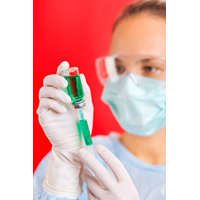 Abstract
Haelicobacter pylori is responsible for colonizing the stomach of the half of the world population which can induce pathology ranging from chronic gastritis and peptic ulcers to gastric cancer. This article is a review of the literature data on cellular and molecular mechanisms developed by this bacteria in order to undetermine host defence mechanisms strategies stressing upon different strategies of molecular adhesion of Haelicobacter Pylori to gastric epithelial target cells which facilitate bacterial binding.

Introduction
About half of the human population of the world is affected by H. pylori which colonises the stomach, this being associated with chronic, often asymptomatic gastritis in all infected individuals. In about 10-15% of infected persons can occur more severe gastric diseases including peptic ulcer disease [1-3]. Even H. pylori infections are commonly diagnosed with a strong inflammatory response, this bacteria evolved numerous mechanisms during evolution to avoid recognition and clearance by the host defence machineries, and if not treated with antibiotics, they can persist for life. The strongest singular risk factor for developing cancers of the stomach is H. pylori-induced gastritis. However, only a small proportion of infected individuals develop malignancy such as mucosa-associated lymphoid tissue (MALT) lymphoma and even gastric adenocarcinoma [1-3]. The second leading couse of cancer associated death world wide is gastric adenocarcinoma and about 700,000 people die from this malignancy annually [3]. The clinical evolution of infection with H. pylori is dependent on a very complex scenario of host-pathogen
crosstalk. Disease progression is determined by various factors including the genetic predisposition of the host, the bacterial genotype and environmental parameters [1-3]. The cellular and molecular mechanisms developed by H. pylori to undermine host defence strategies have been under intense investigation worldwide.
Clinical H. pylori strains are highly diverse both in their genetic information and potential to induce pathogenicity. The pathogenesis of H.Pylori infections are influenced by numerous bacterial factors.
There are two classical virulence determinants expressed by H. pylori, the CagA protein encoded by the cytotoxinassociated genes pathogenicity island (cagPAI) and the vacuolating cytotoxin (VacA). Secreted VacA can trigger various responses including pore formation in the host cell membrane, modification of endo-lysosomal trafficking, cellular vacuolation, immune cell inhibition and apoptosis. VacA’s activities are highlighted in several review articles [1-4] and will not be discussed here.
Almost 24 years ago, the cagPAI was entirely sequenced from various H. pylori strains and found to represent a 40-kb DNA insertion element in the chromosome, which is flanked by 31-bp direct repeats and carrying up to 32 genes [5,6]. Large scientific interest concentrates on tcytotoxinhe CagA protein which is present in more virulent isolates, but is typically absent in less virulent H. pylori strains.
Thus, CagA serves as a virulence marker for the cagPAI [7,8]. Work in the last ten years has shown that the cag-PAI encodes type-IV secretion system (T4SS) which injects CagA into target cells where it interferes with multiple host cell signaling cascades [9,10]. Other well described pathogenicity-associated mechanisms include flagella-driven bacterial motility, urease-mediated neutralization of pH, HtrA-mediated cleavage of E-cadherin, modification of host cell cholesterol, shedding of outermembrane
vesiclesand peptidoglycan-dependent immune responses [1-3,11-12].
In addition, H. pylori carries several classical surface adhesins permitting tight adherence of the bacteria to gastric epithelial cells. Here is the review of the most recent literature data of various molecular adhesion strategies of H. pylori to gastric epithelial target cells which facilitate bacterial binding.

Role of the classical H. pylori adhesion factors
The latest literature data have demonstrated that H. pylori encodes a broad set of various adhesion factors, for some of which the corresponding host cell receptor(s) have been identified. The H. pylori genomes from various strains contain more than 30 genes which encode outer membrane proteins (OMPs) that have been divided into Hop (Helicobacter outer membrane porins) and Hor (hop-related) subgroups. The Hop family of proteins includes several well described adhesins of H. pylori such asBabA, SabA, AlpA/B, HopZ and OipA. However, among clinical strains of H. pylori considerable diversity in the expression of OMPs exists. This is thought to reflect a selective pressure for bacterial adhesion which may differ both across and within infected individuals over time. It has been shown that some of the classical adhesion molecules may act in conjunction with factors from the cagPAI in order to highjack several host cell processes including altered transcription, cytoskeletal rearrangements, opening of cell-to-cell junctions, onset of inflammation and others as summarized in a simplified model.The OMP member BabA was the first H. pylori adhesion discovered. BabA mediates binding of the bacteria to Lewis B antigens, Leb [3] and related terminal fucose residues found on blood group O (H antigen), A and B antigens [4] that are expressed on the gastric mucosa.
For Bab A there are multiple chromosomal loci and alleles which have been reported to exist and Leb binding activity was shown to be facilitated by the BabA2 allele [13]. However, more recent work suggests that BabA1 alleles occur only very rarely and are difficult to detect [14] Substantial amino acid polymorphisms exist among BabA proteins expressed by different strains [15]. Diversity also appears with respect to the binding of strains to Leb and BabA expression, and binding affinity for A, B and O antigens correlates with blood group antigen expression of the host [14,16]. A closely related gene babB, encodes for a translation product which has significant N- and C-terminal similarity to BabA. BabA and babB are nearly identical in their 5’ and 3’ regions but there is sequence divergence in their mid region [17] indicating that the central variable regions likely encode unique functions. Many Leb non-binding strains express silent babA gene sequences which may become activated by recombination into the babB locus forming chimeric babB/A genes [18]. BabA expression in vivo, however, appears to be highly dynamic. Experimental infection of Rhesus Macaques, mice and Mongolian gerbils resulted in loss of BabA expression and Leb binding [19,20]. Post-infection strains isolated from gerbils contained a BabA2 protein that was modified by six amino acids from the strain used for inoculation.
Complementation experiments confirmed these six amino acid residues are critical for binding to fucosylated blood group antigens [21]. In a recent study, experimental infection of Mongolian gerbils resulted in complete absence of expression of BabA at six months post-infection. Loss of BabA expression was attributable to nucleotide changes within the babA gene that resulted in a truncated BabA translation product [22]. BabA-mediated adherence of H. pylori to Leb on the surface of epithelial cells has been shown in vitro, using Leb transfected MDCK cells, and in vivo, using
infection of Mongolian gerbils, to augment cagPAI-dependent H. pylori pathogenicity by triggering the production of proinflammatory cytokines and precancer-related factors [23]. Thus, the expression of the BabA adhesin seems tightly connected to the onset of related host cell responses in vivo. The presence of babA is associated with cagA and vacA s1 alleles, and strains that possess all three of these genes incur the highest risk of gastric cancer development [24].

SabA –a bacterial OMP member
Expression of sialyl-dimeric-Lewis × glycosphingolipid is upregulated upon infection with H. pylori and inflammation. This molecule also acts as a receptor for the pathogen and binding is mediated through the bacterial OMP member, SabA [25]. No binding to gangliosides was obtained with a SabA-negative mutant strain using a thin layer chromatography overlay assay [26]. Infection of the gastric epithelial cancer cell line MKN45 with H. pylori upregulated expression of the gene encoding ?3 GlcNAc T5, a GlcNAc transferase essential for the biosynthesis of Lewis antigens. Overexpression of this gene in both the MKN45 and AGS gastric adenocarcinoma cell lines lead to expression of the SabA ligand, sialyl Lex, suggesting that H. pylori can modulate receptor expression [27].
SabA has been identified as a haemagglutinin that binds to sialylated structures found on the surface of red blood cells and there is a good correlation among strains between sialic acid dependent haemagglutination and sialyl Lex binding [28]. Like observations with BabA, a high level of polymorphism was reported in sialyl binding properties among clinical H. pylori isolates, which suggests that SabA adapts to its host depending on the mucosal sialylation pattern of the infected individual [28]. SabA has also been shown to mediate binding of H. pylori to sialylated moieties on the extracellular matrix protein laminin [29].

AlpA/B homogenous genes
Two strongly homologous genes termed alpA and alpB were also characterized and shown to encode for integral OMPs. Adhesion experiments indicated that they are also involved in adherence of H. pylori to human gastric tissue biopsies [30]. OMP expression profiling of 200 strains from Germany revealed that virtually all clinical isolates produced the AlpA and AlpB proteins in contrast to many other OMPs that were produced at very variable rates [31]. Recently both AlpA and AlpB proteins have been shown to bind to mouse laminin in vitro and plasmid-borne alpA conferred laminin-binding ability on E. coli [32]. No other binding partners or receptors for AlpA and AlpB have yet been identified.
The alpA/B locus has also been shown to influence host cell signaling and cytokine production upon infection. Deletion of alpA/B genes reduced IL-8 induction during infection with East Asian but not with Western H. pylori strains [33]. The alpA/B mutants poorly colonized the stomachs of C57BL/6 mice and were associated with lower mucosal levels of induced KC (the mouse name for human IL-8) and IL-6 [33]. In contrast to these results, in another recent study alpA and alpB gene mutants of H. pylori SS1 induced more severe inflammation than the parental strain in infected gerbils [32].

OipA (outer inflammatory proteinA) expression
OipA (outer inflammatory protein A), encoded by the hop H gene, was initially identified as a surface protein that promoted IL-8 production in a T4SS-independent fashion [34]. OipA expression by H. pylori was shown to be significantly associated with the presence of duodenal ulcers and gastric cancer, high H. pylori density, and severe neutrophil infiltration [35]. Later studies identified that hopH knockout mutant strains adhered significantly less to gastric cancer cell lines, AGS and Kato-III, than wild-type strains, and complementation of the hopH gene restored the adherence properties of the hopH mutant [36]. The presence of oipA has also been shown to clearly enhance production of IL-8 in vitro but only in the presence of the cagPAI [31]. Further insights came from infection studies for up to 52 weeks in the Mongolian gerbil model system. All infected gerbils developed gastritis; however, inflammation was significantly attenuated in animals infected with the ?cagA, but not the single ?vacA or ?oipA strains [37]. However, inactivation of oipA decreased nuclear localization of b-catenin, a factor involved in transcriptional up-regulation of genes implicated in carcinogenesis, and reduced the incidence of cancer in the gerbils. OipA expression was detected significantly more frequently among H. pylori strains isolated from human subjects with gastric cancer precursor lesions versus persons with gastritis alone [37]. The host receptor for OipA, however, remains unknown. 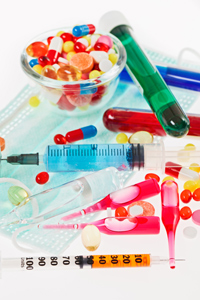 The hopZ gene encodes a protein which was shown by immunofluoresence to be located on the surface of the bacteria. A knockout mutant strain showed significantly reduced binding to the AGS cell line, compared to the corresponding wild-type strain [38]. Lack of production of HopZ did not affect the ability of the bacterium to colonize the stomachs of guinea pigs [39]. However, a role for HopZ in colonization in vivo has recently been proposed as deletion of hopZ reduced the ability of H.pylori to survive in a germ-free transgenic mouse model of chronic atrophic gastritis [40]. In addition, one of the few differences identified in H. pylori strains isolated from infected volunteers, was an OFF/ON switch in the phase-variable hopZ gene suggesting strong in vivo selection for HopZ during colonization [41]. Similar to OipA, the host receptor for HopZ has not yet been identified and will be a major challenging aim for future research.

Conclusion:
H. pylori stands out as one of the most successful human pathogens.
Studies done on host-bacterial interactions using their fundamental adhesins and the virulence factors CagA and T4SS have provided us with many detailed insights in processes ultimately connected to H. pylori colonization and pathogenesis. The current opinion implies a model in which the major adhesins BabA, SabA and others make the initial and sustained host cell contact important for bacterial colonisation