REGULATION SIGNALING PATHWAYS INTO THE CONTROL OF BONE REMODELLING

It is well known that  bone tissue is in a  constant change , the  maintenance of bone mass throughout life relies on the bone remodeling process, which continually replaces old and damaged bone with new bone. This remodeling is necessary to maintain the structural integrity of the skeleton and allows the maintenance of bone volume, the repair of tissue damage and homeostasis of calcium and phosphorous metabolism. . The clinical importance of bone formation has stimulated a lot of research aimed at understanding its mechanism. Much knowledge has been gained in the recent years, especially in relation with the new  signaling pathways controlling physiopathology of bone remodeling.The aim of this work was to  review recent  literature data on  new signals into the control and pathophysiology of bone remodeling

This is a review of recent  literature data  on biochemical and physiological mechanisms of remodeling bone, with particular attention to the  regulation signals into the control and pathophysiology of bone remodeling (diseases).

remodeling and maintenance. However, TGF-? exerts both positive and negative effects on bone cells, causing bone loss or bone gain in mice. There are three isoforms of TGF-?, namely, TGF-?1, TGF-?2, and TGF-?3. TGF-?1, known as the most abundant TGF-? isoform in the bone tissue, has been intensively studied during bone remodeling [1]. A study on the mechanism of TGF-? for osteoblast regulation has indicated that TGF-?1 stimulates bone matrix apposition and osteoblast proliferation in vitro. Additional research revealed that although TGF-?1 stimulates the early differentiation of osteoblast cells, this factor suppresses the late stage of osteoblast differentiation. These signals are transduced together by the activation of R-smads and Cosmads as well as through the mitogen-activated protein kinase (MAPK) pathway A cross talk exists between the TGF-? signal and the parathyroid hormone (PTH) in the regulation of osteoblastogenesis [2]. PTH stimulates the production of TGF-?1 and TGF-?2 in the osteoblast. In addition to regulating the osteoblastic bone formation, TGF-?1 has a key role in regulating bone remodeling by connecting bone formation and bone resorption . TGF-? proteins are present in their latent form in the bone matrix, and osteoclasts can release, as well as activate, TGF-? from the bone matrix via osteoclastic bone resorption. The released TGF-? may in turn stimulate the osteoblastic bone formation [3].

Bone morphogenetic proteins (BMPs), they are so named for their osteoinductive properties, and regulate differentiation of mesenchymal cells into components of bone, cartilage or adipose tissue. TGF-?/BMP ligand signal is mediated by serine/threonine protein kinases (receptor types 1 and 2) and a family of receptor substrates (the Smad proteins) that move into the nucleus. BMP signaling is important for skeletal development and maintenance of bone mass through activation of BMP type 1A (BMPR1A) and type 1B receptors that control.

The interactions between Eph and Ephrin play important roles in bone cell differentiation and patterning by exerting effects on osteoblast and osteoclast differentiation, resulting in the coupling of bone resorption and bone formation. Eph receptors are tyrosine kinase receptors activated by ligands called ephrins (Eph receptor interacting proteins). Both Ephs and ephrins are divided into two A and B groups [4].

To date, ephrinB2, a transmembrane protein expressed on osteoclasts, and its engagement with its receptor, EphB4, on osteoblasts, lead to bi-directional signaling between these cells; this is one of the cell-cell contact mechanisms that mediate crosstalk between these cells. EphrinB2 (as reverse signaling), located on the surface of osteoclast precursors, suppresses osteoclast precursor differentiation by inhibiting the osteoclastogenic c-Fos-NFATc1 cascade [5]. In addition, the signaling mediated by EphB4 (as forward signaling) located on the surface of osteoblast enhances the osteogenic differentiation. Ephrin B1 induces osteoblast differentiation by transactivating the nuclear location of transcriptional coactivator with PDZ-binding motif (TAZ), a co-activating protein of Runx2. TAZ, together with Runx2, induces osteoblast-related gene expression [6]. The functional role of the EphrinA2–EphA2 complex differs significantly in its interactions compared with the EphrinB2– EphB4 complex. Both the reversed signaling EphrinA2 and forward signaling EphA2 stimulate osteoclast differentiation, but EphA2 has a negative role in bone formation by inhibiting osteoblast differentiation through the regulation of RhoA

The epidermal growth factor receptor (EGFR) is a glycoprotein on the cell surface of a variety of cell types and is characterized by its ligand-dependent tyrosine kinase activity. After ligand binding to the extracellular domain, the EGFRs are activated by homo- or heterodimerization with auto- and transphosphorylation on tyrosine residues at the intracellular domain, and then a variety of signaling pathways, such as Ras-Raf-MAP-kinase and PI-3- kinase-Akt, are activated to influence cell behaviors, such as proliferation, differentiation, apoptosis, and migration [7]. In recent years, several experiments indicate that the epidermal growth factor receptor (EGFR) system plays important roles in skeletal biology and pathology.

This network, including a family of seven growth factors – the EGFR ligands – and the related tyrosine kinase receptors EGFR (ERBB1), ERBB2, ERBB3 and ERBB4, regulates aspects such as proliferation and differentiation of osteoblasts, chondrocytes and osteoclasts, parathyroid hormone-mediated bone formation and cancer metastases in bone  [8]. In addition, EGFR signaling affects osteoclasts, albeit this could be an indirect effect mediated by inhibition of OPG expression and increased RANKL expression by osteoblasts [8]. It was recently found that decreasing EGFR expression in pre-osteoblasts and osteoblasts in mice results in decreased trabecular and cortical bone mass as a consequence of reduced osteoblastogenesis and increased bone resorption [9].

Activation of ERK1/2 signaling by FGF was found to be essential for promoting cell proliferation in osteoblast precursor cells [11]. In addition, activation of ERK1/2 is involved in FGFR2-mediated osteoblast differentiation. Activation of ERK-MAP kinase by activating FGFR2 mutations results in increased transcriptional activity of Runx2, an essential transcription factor involved in osteoblastogenesis, and increased osteogenic marker gene expression  [12]. Recent data indicate that FGF2 stimulates osteoblast differentiation and bone formation in part by activating Wnt signaling suggesting that Wnt signaling may mediate, at least in part, the positive effect of FGF/FGFR signaling on bone formation in mice [13]. Besides Wnt signaling, FGF/FGFR signaling interacts with other pathways. One interaction involves a negative regulation of the BMP antagonist Noggin by FGF2 during skull development [14].Another interaction involves the upregulation of the BMP2 gene by endogenous FGF/FGFR signaling in calvarial osteoblasts. In vivo, FGF2 treatment of developing bone fronts promotes BMP2 gene expression through the modulation of Runx2 expression [15]. These studies support a positive role of FGF and BMP signaling crosstalks on bone formation.

in bone formation and a 60% deficit in peak bone mineral density (BMD) [17]. IGF-I can act in an endocrine, paracrine or autocrine manner and is regulated by a family of six IGF binding proteins (IGFBPs). The IGFBPs, have received considerable attention as regulators of IGF actions. The IGFBPs have been reported to have stimulatory or inhibitory actions on the IGFs in bone, and recent experiments have provided evidence that some of IGFBPs function independently of IGF to increase parameters of bone formation. The IGFBPs are often found bound to IGF-I in the circulation or complexed with IGF-I in osteoblasts. IGFBP-3 and -5 are known stimulators of IGF-I actions, whereas IGFBP-1, -2, -4 and -6 are known inhibitors of IGF-I action in bone. Once IGF-I binds to its receptor (type 1 IGF receptor) it initiates a complex signaling pathway including the phosphoinositol 3-kinase (PI3-K)/3-PI-dependent kinase (PDK)-1/Akt pathway and the Ras/Raf/mitogen-activated protein (MAP) kinase pathway which stimulate cell function and/or survival  [18]. Recent findings indicate that many of the IGFBPs and specific proteins in the IGF-I signaling pathways are also potent anabolic factors in regulating osteoblast function and may serve as potential targets to stimulate osteoblast function and bone formation locally.

Serotonin A new regulation mode of osteoblastic bone formation controlled by leptin-serotonin (BDS)-sympathetic nervous system pathway has emerged in recent years. Leptin is a hormone produced by adipocytes that, besides its function in regulating body weight and gonadal function, can also act as an inhibitor of bone formation  [19]. Latest data indicates that these leptin functions require brainstem-derived serotonin [20]. Serotonin is a bioamine produced by neurons of the brainstem (brainstem-derived serotonin, BDS) and enterochromaffin cells of the duodenum (gut-derived serotonin, GDS). BDS acts as a neurotransmitter,while GDS as an autocrine/paracrine signal that regulates mammary gland biogenesis, liver regeneration, and gastrointestinal tract motility [86]. There are two Tph genes that catalyze the rate-limiting step in serotonin biosynthesis: Tph1 expressed mostly, but not only, in enterochromaffin cells of the gut and is responsable for the production of peripheral serotonin [21].

production of serotonin in the brain [22]. Leptin inhibits BDS synthesis by decreasing the

expression of Tph2, a major enzyme involved in serotonin synthesis in brain [85]. In addition, other data indicate, the key role of GDS in regulating bone formation as well as the relationship between GDS, Lrp5, and bone remodeling. Lrp5 controls bone formation by inhibiting GDS synthesis in the duodenum, and GDS directly acts on the osteoblast cells to inhibit osteoblast proliferation and suppress bone formation  [23]. However, recent data to argue that Lrp5 affect bone mass mainly through local Wnt signaling pathway, and that the experiments did not support the Lrp5-GDS-osteoblast model because they found that there was no relevance between GDS and bone mass in their mouse model system [24]

More recently, other signaling pathways that link regulation of the osteoclasts and osteoblasts have been identified. Osteoblast-lineage cells expressed Wnt5a, whereas osteoclast precursors expressed Ror2. Connection between these two cells leads to Wnt5a-Ror2 signaling between osteoblast-lineage cells and osteoclast precursors enhanced osteoclastogenesis, through increased RANK expression mediated by JNK signaling. A soluble form of Ror2 acted as a decoy receptor of Wnt5a and abrogated bone destruction in the mouse model, suggesting that the Wnt5a-Ror2 pathway is crucial for osteoclastogenesis in physiological and pathological  environments and may represent a therapeutic target for bone diseases  [25]. Finally,a recent study reported that semaphorin 4D (Sema4D), previously shown to be an axon guidance molecule, expressed by osteoclasts and which potently inhibits bone formation [26].Several studies have suggested that axon-guidance molecules, such as the semaphorins and ephrins, are involved in the cell-cell communication that occurs between osteoclasts and osteoblasts.

The Binding of Sema4D to its receptor Plexin-B1 in osteoblasts resulted in the activation of the small GTPase RhoA, which inhibits bone formation by suppressing insulinlike growth factor-1 IGF-1 signaling and by modulating osteoblast motility. Notably, the suppression of Sema4D using a specific antibody was found to markedly prevent bone loss in a model of postmenopausal osteoporosis [26].

This finding identifies a new link between osteoclasts and osteoblast signaling, and suggests that suppression of the Sema4DPlexin-B1-RhoA signaling axis may provide a new therapeutic target for reducing bone loss and development of bone-increasing drugs.

stimulation of osteoblast differentiation and bone formation is mediated by modulation 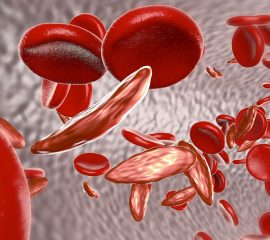 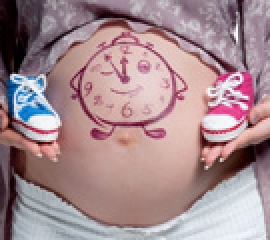 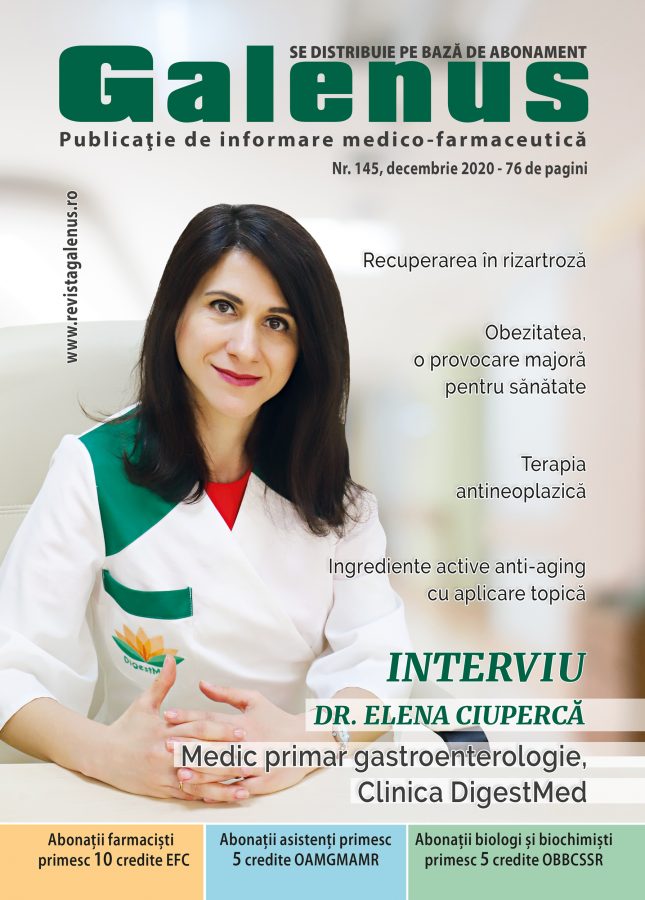