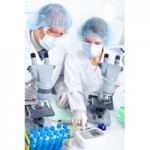 H5N1 avian influenza is a highly fatal infectious disease that could cause a potentially devastating pandemic if the H5N1 virus mutates into a form that spreads efficiently among humans. Recent findings have led to a basic understanding of cell and organ
histopathology caused by the H5N1 virus.
This is a review of literature data of the pathology of H5N1 avian influenza reported in postmortem and clinical studies and discuss the key pathogenetic mechanisms. Dysregulation of cytokines and chemokines is likely to be one of the key mechanisms in the pathogenesis of H5N1 influenza.
We also review the various molecular determinants of increased pathogenicity
that have been identified in recent years and the role of avian and human influenza virus receptors in relation to the transmissibility of the H5N1 virus.
A comprehensive appreciation of H5N1 influenza pathogenetic mechanisms should aid in the design of effective strategies for prevention, diagnosis, and treatment of this emerging disease.

This may explain the capability of the virus to infect humans. In addition, H5N1 viruses are capable of infecting ex vivo nasopharyngeal tissues, despite a limited number of avian influenza virus receptors detected[10].Therefore, it has been suggested that the H5N1 virus may also use alternative binding sites on the epithelium to enter target cells.[11]

With respect to immune cells, avian influenza virus receptors have been detected on T cells87 and Kupffer cells of the liver. [12] The receptor distribution pattern as detected by lectin histochemistry broadly resembles that of infected organs and cells as demonstrated by in situ hybridization.

These discrepancies further support the assumption that other receptors, co-receptors, or mechanisms may play a role in the interaction between the virus and its target cells, thus warranting further investigation.

2,6-linked biantennary N-linked glycan and in a reduced binding to _-2,3-linked SA receptors. Viruses with these properties would be able to evade the virus-neutralizing effects of mucins containing _-2,3-linked SAs and bind more avidly to lung epithelial cells expressing _-2,6-linked biantennary N-linked glycans.[18] Yamada and colleagues[17] have recently provided further insight in possible mutations affecting the ability of the H5N1 virus to bind to human receptors.

By performing reverse genetics studies and crystal structure determination, they have identified two mutations at position 182 and 192 of HA that enhance binding of H5N1 viruses to human influenza virus receptors. Despite the capability of a number of human H5N1 isolates to bind to human influenza virus receptors in vitro,[17] these isolates do not spread efficiently from human-to-human in vivo.

Animal experiments with reassortant viruses have also shown that the mere acquisition of human influenza surface proteins does not necessarily confer transmissibility of H5N1 virus. [5] Inoculation with a reassortant virus containing genes for internal proteins of H5N1 A/Hk/486 and for surface proteins of human H3N2 A/vic/75 did not result in efficient transmission among ferrets in a respiratory droplet experimental design, even though viral replication was not compromised.[17] In addition, four H5N1 human isolates(A/Vn/1203/04, A/Vn/JP36-2/05, A/Hk/213/03, and A/Turkey/65-596/06), including isolates capable of binding to human influenza virus receptors (A/Hk/213/03 and A/Turkey/65-596/06), have been studied in a direct contact model of ferrets.35 No transmission of either H5N1 A/Vn/1203/04 or A/Turkey/65-596/06 virus was detected.

On the basis hereof it appears that increased binding affinity for human influenza receptors alone is not sufficient for efficient transmission. Additional molecular determinants seem to be required. It has been suggested that certain biological properties such as the capacity to induce virus excretion from the upper respiratory tract (coughing and sneezing) may enhance efficient transmission.[19]

As mentioned above, the presence of lysine at position 627 is a molecular determinant associated with such a capacity and may, therefore, contribute to efficient spread among humans. However, it seems likely that various additional amino acid changes are required to give avian influenza viruses the capacity to spread among humans.[9].

In fact for the 1918 H1N1 influenza virus, a human influenza virus that is supposed to be derived solely from an avian source, various amino acid changes differentiate the human isolate from its avian consensus sequences.[17]

Despite the relative lack of avian influenza virus receptors, viral replication has been demonstrated in the upper respiratory tract. Therefore, further research is needed to investigate the possible role of other receptors or mechanisms involved in the interaction between the virus and its target cells. The identification of other receptors could help the
design of effective drugs treating H5N1 infection or preventing transmission. Recent studies have shown that not only the acquisition of the capacity to bind to human
influenza virus receptors but also other genetic changes may be necessary for efficient transmission among humans.

Continuous surveillance of the circulating H5N1 strains is of key importance as the emergence of amino acid substitutions similar to those demonstrated for the 1918 H1N1 virus might indicate that the virus could acquire pandemic potential in the near future.

Conclusions
Since 1997 several studies have contributed to fundamental insights into the pathology and pathogenesis of human H5N1 influenza. Aside from the respiratory tract,other organs such as the intestines, the brain, and the placenta appear to be infection targets of the virus. The H5N1 virus is also capable of transplacental transmission to the fetus.

Dysfunction of the immune system may be a key pathogenetic mechanism. At the molecular level,several viral genes and mutations in gene products have been suggested to be involved in increased virulence of H5N1 viruses.

At the same time, however, it becomes increasingly apparent that what is known today about the virus and its pathogenicity is only the tip of the iceberg and that there are likely several additional pathogenetic mechanisms and molecular determinants of pathogenicity in H5N1 influenza yet to be identified

In light of the subsisting threat of a potentially devastating influenza pandemic, further investigations in these respects are urgently required. 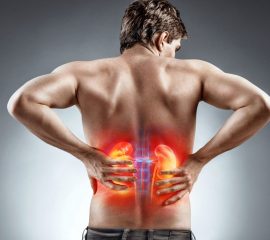 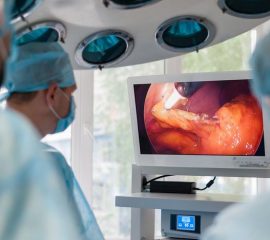 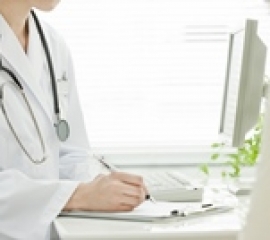