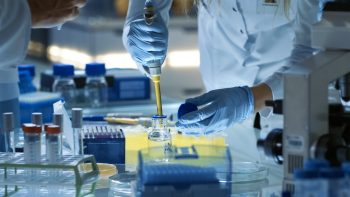 Ebola virus is a zoonotic pathogen causing hemorrhagic fever in humans. The species Zaire ebolavirus (ZEBOV) and Sudan ebolavirus (SEBOV), as well as Bundibugyo ebolavirus, a proposed prototype member of a new species, have caused epidemics among humans in Africa with case fatality rates ranging from 25% to 90%. This article is a review of the literature data on management in a case of accidental exposure to Ebola virus due to needlestick injury during an animal experiment in the biosafety level 4 laboratory in Hamburg 2009.
Keywords: Zaire ebola virus(ZEBOV), Sudan ebola virus (SEBOV), hemorrhagic fever

Ebola virus is a zoonotic pathogen causing hemorrhagic fever in humans. The species Zaire ebolavirus (ZEBOV) and Sudan ebolavirus (SEBOV), as well as Bundibugyo ebolavirus, a proposed prototype member of a new species, have caused epidemics among humans in Africa with case fatality rates ranging from 25% to 90%.

The virus is transmitted from human to human by infectious body fluids, often in hospital settings [1–4]. Neither a vaccine, an effective treatment, nor a postexposure prophylaxis (PEP) for humans is currently available. For these reasons, experiments with Ebola virus have to be performed in biosafety level (BSL)-4 laboratories. Despite high standards of protection in these laboratories,laboratory workers are still at risk of contracting Ebola hemorrhagic fever, in particular during animal experimentation.

In the scientific literature are documented three laboratory accidents with Ebola virus: 1 case was fatal [5],1 case was symptomatic and survived [6], and in 1 case,there was no evidence that the accident resulted in infection [7].

In this paper the scientists [1], have reported a case report on the management of a laboratory accident with Ebola virus that occurred in the BSL-4 facility at the Bernhard Nocht Institute for Tropical Medicine in Hamburg, Germany in 2009.

A woman virologist who was working in the BSL-4 laboratory pricked herself in the finger during a mouse experiment on 12 March 2009. The syringe contained ZEBOV from culture supernatant that had been concentrated by ultracentrifugation and mixed 1:1 with incomplete Freund’s adjuvant for immunization of mice. The material was injected into the animal before the accident happened.

When the laboratory worker tried to recap the needle, it penetrated the cap laterally and subsequently all 3 gloves. The puncture site on the skin was visible, but it did not bleed. The wound was disinfected after leaving the laboratory. Overnight, reverse-transcription polymerase chain reaction (RT-PCR) analysis revealed that the ultracentrifuged material, before mixing with Freund’s adjuvant, contained 2.6 3 1010 copies/mL ZEBOV.

Following a risk–benefit assessment, it was recommended the exposed person take an experimental vaccine that had shown PEP efficacy in ZEBOV-infected nonhuman primates (NHPs) [12]. The vaccine, which had not been used previously in humans, was a live-attenuated recombinant vesicular stomatitis virus (recVSV) expressing the glycoprotein of ZEBOV.

A single dose of 5 3 107 plaque-forming units was injected 48 hours after the accident. The vaccinee developed fever 12 hours later and recVSV viremia was detectable by polymerase chain reaction (PCR) for 2 days. Otherwise, the person remained healthy, and ZEBOV RNA, except for the glycoprotein gene expressed in the vaccine, was never detected in serum and peripheral blood mononuclear cells during the 3-week observation period.

An infectious disease specialist at the University Medical Center Hamburg saw the patient immediately after the accident. It was decided to consult colleagues from Canada and the United States to explore possibilities for PEP and treatment. The first teleconference was held in the evening of 12 March; a second one on 13 March. Filovirus experts from the Laboratory of Virology, National Institutes of Health, Hamilton, Montana; the Boston University School of Medicine; the Public Health Agency of Canada, Winnipeg, Canada; the Special Pathogens Branch, Centers for Disease Control and Prevention, Atlanta, Georgia; the US Army Medical Research Institute of Infectious Diseases in Fort Detrick, Maryland, and the University of Texas Medical Branch, Galveston, Texas, participated in the consultations.

The expert panel eventually recommended postexposure vaccination with live-attenuated recombinant vesicular stomatitis virus (recVSV) expressing the glycoprotein of ZEBOV (VSVDG/ZEBOVGP) for the following reasons: (1) VSVDG/ZEBOVGP has shown PEP efficacy in NHP [12]; (2) it is well tolerated in immunocompromized NHPs [14]; (3) a similar vaccine shows PEP efficacy against Marburg virus [16] and SEBOV [19]; (4) at the time of the accident, unpublished data indicated PEP effect (33% survival) of the recVSV-based Marburg virus vaccine, even 48 hours postinfection [15]; and (5) recVSV vectors show good safety profile in NHPs as long as the vector is not inoculated directly into the central nervous system [20]. Immediately following the first teleconference, the VSVDG/ZEBOVGP vaccine was shipped from Winnipeg, Canada, to Hamburg. An emergency clearance from customs was obtained in advance.

In addition, overwhelming recVSV replication was expected to be amenable to treatment with ribavirin and type I interferon, both of which strongly inhibit VSV replication in vitro and in vivo [21–25].
Members of the Institutional Ethics Committee of the University Medical Center, who were available for evaluation of the planned interventions, also shared these views. As a result, the patient was recommended to take the experimental vaccine.

A PEP and treatment protocol with informed consent was drafted and signed by the patient. The patient voluntarily agreed on being hospitalized on 13 March. The responsible public health authorities, infectious disease specialists, and virologists considered the risk of virus transmission during the incubation period extremely low, as available epidemiological evidence indicates that Ebola virus is spread by ill or deceased patients through direct contact with infectious body fluids [1–3].

It was agreed that surveillance on a regular infectious disease ward in a single room with anteroom and negative pressure is appropriate. Standard barrier nursing precautions were implemented (gown, gloves, N95 mask, eye protection). It was also taken into account that this level of isolation is less stressful to the patient and the hospital staff.

A maximum incubation period of 21 days was assumed and,therefore, surveillance was foreseen for this period of time. Daily monitoring during this period included (1) body temperature; (2) D-dimer level, which is an early marker of Ebola hemorrhagic fever in NHPs [8] and is increased in humans with Ebola hemorrhagic fever [26]; (3) hematology and blood chemistry; and (4) Ebola virus in plasma and peripheral blood mononuclear cells (PBMCs) using real-time RT-PCR [27, 28].

If any of these showed a positive indication, the patient would have to be transferred to the Biocontainment Patient Care Unit (BPCU) of the University Medical Center . Isolation in the BPCU was required twice during the observation period for the reasons given below. The BPCU was located in a separate building and included a single patient room with 2 airlocks. It had an independent ventilation system and was maintained under negative pressure. Exhaust air underwent high efficiency particulate air (HEPA) filtration. Staff was specifically trained and dressed in biosafety suits equipped with HEPA filters.

A disinfectant shower enabled transfer of specimens out of the unit for laboratory analysis. All waste was treated in an autoclave. Personal protective equipment was decontaminated in the disinfectant shower before leaving the unit. Routine laboratory investigations were performed by the Clinical Chemistry Department without special precautions, as soon as a negative PCR result for a parallel sample had been communicated. If PCR results were not available in a timely manner, point of care diagnostics was performed within the BPCU.

If an Ebola virus infection would have been diagnosed in the patient, the expert panel recommended treatment with rNAPc2, an inhibitor of factor VIIa/tissue factor that has shown some therapeutic potential in NHPs infected with Ebola virus [7] and already undergone phase II studies for other medical conditions [30]. ARCA Biopharma generously released a batch of rNAPc2 on 13 March, which arrived in Hamburg on 15 March. In addition, Ebola virus–specific small interfering RNA (siRNA) preparations were provided by Tekmira Pharamaceuticals and arrived in Hamburg on 14 March. This siRNA had shown PEP effects in NHPs (unpublished at the time of accident) [10].

The VSVDG/ZEBOVGP vaccine was administered on 14 March, 48 hours after the accident: a single dose of 2.5 mL reason for this interference was not known, it was recommended not to use drugs with effects on the clotting system and the inflammatory response, including rNAPc2, in combination with the recVSV vaccine.

The next day (day 3 after the accident), the patient developed fever and myalgia . The symptoms were not treated. As it could not be decided if the fever was an adverse effect of the vaccine or a sign of an Ebola virus infection,the patient was transferred to the BPCU. The ZEBOV GP genespecific real-time RT-PCR [29] and a VSV-specific specific realtime RT-PCR (primer VSV-F1 GACCTTGTATCCTTGAAAGCC,primer VSV-R1 CATTTGTGTTCTGCCCACTC,and probe FAM-GCTTCCAGAACCAGCGCAGATGACAAABBQ) were positive with plasma samples from days 3 and 4. The cycle threshold (Ct) values were high: VSV RT-PCR day 3: Ct 34;day 4 morning: Ct 32; day 4 evening: Ct 34; ZEBOV GP RT-PCRday 3: Ct 31; day 4 morning: Ct 33; day 4 evening: Ct 35. (Note: The Ct is the PCR cycle at which the sample reaches the detection level. The higher the Ct, the lower the amount of virus RNA in the sample. A Ct above 30 indicates low viremia, around 103–104 genome copies/mL plasma.)

The Ebola virus–specific L gene PCR [28] was negative, indicating that the signals from VSV and ZEBOV GP RT-PCR originated from low-level viremia of the recVSV rather than from ZEBOV replication. All 3 PCR assays remained negative during the rest of the observation period. The temperature returned to normal in the evening of day 3. Blood chemistry, coagulation, and hematology parameters were in the normal range. As no disease developed and fever and positive PCR signals could not be attributed to Ebola virus infection, the public health authorities released the patient from BPCU.

On day 7, surveillance was continued on the regular infectious disease ward as described above. A slow increase in the D-dimer level starting day 9 led again to the decision to transfer the patient to the BPCU on day 11.
However, as no signs or symptoms developed, and other laboratory parameters remained normal—except for a slight elevation of the fibrinogen level—and all PCR assays remained negative, it was decided to retransfer the patient to the regular infectious disease ward on day 14.

The elevation of the D-dimer level, as measured by Siemens Innovance assay, persisted. However, it could not be confirmed by 2 other D-dimer assays (Triage and bioMe´rieux Vidas), and the exact cause of this elevation has not been determined.

No signs of thrombosis were detected by physical examination and Doppler sonography. The remaining clinical course was uneventful and the patient was discharged from hospital on day 21.

A key beneficial factor in the medical management of this accidental exposure to Ebola virus has been the immediate communication with the scientific community. Several ad hoc teleconferences were held, complemented by extensive e-mail communication, to support decision making of the team in Hamburg. Within a few hours after the accident, the way forward was defined based on the knowledge of leading experts in the field. Unpublished data were shared and investigational vaccines and drugs were provided in a completely unbureaucratic way [31].

One may ask why the team in Hamburg chose this ad hoc procedure and not activated a defined operational plan to manage the patient. The Bernhard Nocht Institute followed a general operational plan for the management of accidental laboratory exposures, which included agreements with the Infectious Diseases Unit at the University Medical Center. Both virologists and clinicians in Hamburg had been aware of experimental treatment options as published in the literature.
Finally, the question remains whether the patient had been infected with Ebola virus or not.

Investigation of the patient’s serum samples revealed high IgG titers to VSV and robust IgG titers to Ebola virus GP. No further serological evidence could be obtained that would support an Ebola virus infection (unpublished data). The serological data suggest that the patient was either not infected with Ebola virus, which is considered more likely, or that the vaccine reduced virus replication to an extent that the development of a proper humoral immune response to the virus was prevented. The Ebola virus GP antibody titers are most likely a result of the vaccination. 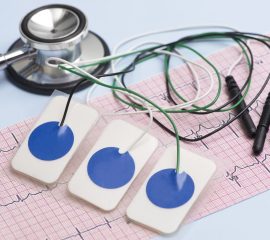 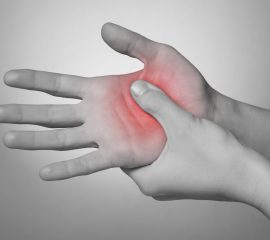 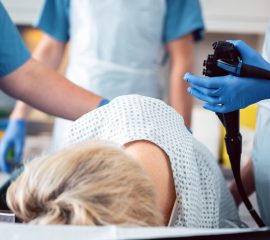 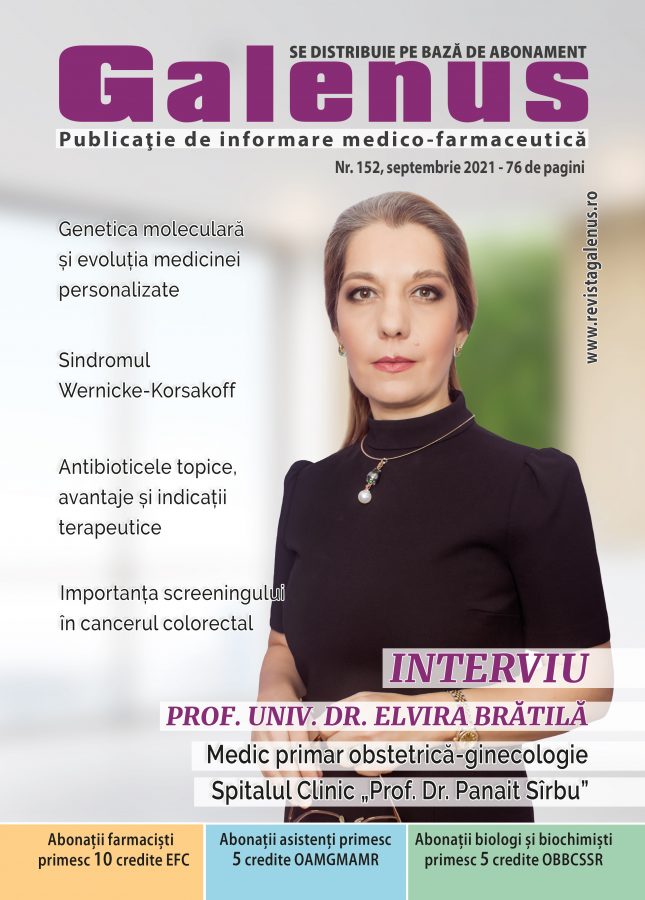