Molecular mechanisms of influenza A virus virulence in animals and humans 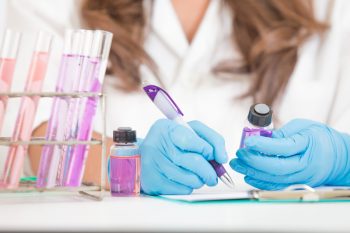 Influenza viruses from animals posses an impressive genetic background responsible for inceased host range and virulence.Aditional genetic changes are introduced when influenza A virus infect humans. This paper is a review of the recent literature data on molecular basis of influenza A virus virulence in mammals and the importance to estimate the risks that animal influenza viruses pose for human health by identification and investigation of adaptative phenotypic changes associated with host range and virulence.

Influenza viruses cause annually recurrent epidemics, which result in approximately three to five million cases of severe illness and 250 000 to 500 000 deaths worldwide.[1]

Influenza A virus belongs to Orthomyxoviridae family being a a single-stranded, segmented RNA virus. Influenza A viruses are classified on the basis of the antigenic properties of the glycoproteins hemagglutinin (HA) and neuraminidase (NA) into 18 HA subtypes (H1–H18) and 11 NA subtypes (N1–N11).1 The combination of specific HA and NA subtypes is used in influenza A virus nomenclature (e.g., H5N1,H7N9, H3N2).

The two subunits of HA glycoprotein are: the globular surface subunit HA1 and the stalk-like transmembrane subunit HA2. The HA protein of influenza viruses is initially synthesized as a single polypeptide precursor (HA0), which is cleaved into HA1 and HA2 subunits by cellular proteases. The sequence of the cleavage site determines by which cellular proteases HA0 can be cleaved.

The highly pathogenic phenotype of some H5 and H7 viruses is the result of the introduction of a multibasic cleavage site (MBCS) in HA and directly correlates with the high lethality of avian influenza viruses in poultry, primarily as a consequence of systemic virus replication in these hosts. HPAI H5N1 virus can also cause severe and/or fatal disease in a wide range of mammalian species, but the association between HA cleavability and systemic virus replication is less straightforward for influenza viruses in mammals as compared to poultry.

The increased tissue tropism and virulence of HPAI H5N1 virus in mammals is most likely caused by multiple factors, among which the MBCS is essential. However, the presence of appropriate receptors for virus attachment, presence of the proper proteases in host cells and local innate immune responses also influence the ability of influenza virus to replicate systemically.

The replication cycle of influenza virus is initiated when the HA protein binds to sialic acid (SA) receptors on the host cell. Human influenza viruses preferentially bind to a2,6-linked SA receptors (a2,6-SA) which are predominant on epithelial cells in the human upper respiratory tract (URT), whereas avian influenza viruses bind to a2,3-linked SA (a2,3-SA) receptors, which are abundantly present on epithelial cells in the intestinal tract of birds and in the lower respiratory tract of humans.

Structural studies have shown that receptor specificity is primarily determined by the receptor-binding domain (RBD); aminoacid substitutions in the RBD influence virus host range and cell and tissue tropism, and consequently, also virulence. For the H2 and H3 virus subtypes, amino-acid substitutions Q226L and G228S in the RBD (all amino-acid numbering hereafter refers to numbering in H3 HA) were shown to change the binding preference from avian to human receptors.

For the H1 virus subtype, substitutions E190D and D225G were important for the change in preference from avian to human receptors. For the A(H1N1)pdm09 virus, the D225G residue was associated with increased disease severity,[7] presumably because viruses with this substitution acquired dual receptor specificity for a2,3-SA and a2,6-SA.[8] In the HA of HPAI H5N1 viruses, mutations have been described that changed the binding preference from a2,3-SA to a2,6-SA.[9]

The dual receptor binding of avian H5N1 and H7N9 viruses, as well as the 1918 H1N1 virus, may be responsible, at least in part, for increased severity of disease in humans. These influenza viruses were able to infect epithelial cells that line the lower respiratory tract, the bronchi, bronchioles and type II pneumocytes, which predominantly contain the avian type a2,3-SA receptors.[10] It is plausible that when avian H5N1 and H7N9 viruses acquire stronger affinity for a2,6-SA receptors and lose affinity for a2,3-SA, this would increase their pandemic potential, but at the same time, would decrease virulence.

In addition to substitutions in the RBD, changes in glycosylation patterns of HA can affect host range and virulence of influenza viruses.
Glycosilation site in H1N1 viruses, were shown to play an important role in antigenicity, virulence and affinity for the receptor.[11]

Introduction of extra glycosylation sites resulted in increased virulence of the A(H1N1)pdm09 virus in mice.[12] Loss of an N-linked glycosylation site located near the RBD in HA of H5N1 virus (position 158–160), combined with acquisition of human receptor specificity,enhanced H5N1 virus binding to a2,6-SA. In addition, deletion of this glycosylation site increased the virulence of an H5N1 virus in mice.[13]NAThe balance between the activities of the HA and NA surface glycoproteins is crucial for virus replication and transmission, since HA binds to SA and NA cleaves SA from the host cell surface.

Changes in either the binding or cleavage activity can affect virus replication. In 2003, an outbreak of HPAI H7N7 virus in poultry in the Netherlands resulted in the death of one person and 89 human cases of conjunctivitis.

When the sequence of the virus obtained from the fatal case was compared to the sequence of a virus isolated from a patient with conjunctivitis, four amino-acid substitutions in the NA gene were identified. These mutations were subsequently shown to contribute to increased NA activity, resulting in more efficient replication in mammalian cells, most likely by preventing the formation of virus aggregates.

Upon transmission of avian influenza viruses form waterfowl to domestic birds, deletions in the NA stalk region—which are associated with increased virulence in poultry—have been detected frequently. It is not clear how such shortened NA stalk regions influences virulence, but early steps of the viral replication cycle (binding, immune evasion, prevention of apoptosis) may be involved in addition to tuning of the HA/NA balance. The shortened NA stalk region of H5N1 viruses was also shown to contribute to virulence in mammalian hosts.

Several amino-acid substitutions (E627K, D701N and G590S/ Q591R) have been shown to compensate for the lack of efficient polymerase activity of avian influenza viruses in mammalian cells. The E627K substitution is the best characterized mammalian adaptation mutation. This substitution is associated with increased virulence of human HPAI H5N1 virus isolates and was found in a fatal human case of infection with HPAI H7N7 virus. In addition, most human H7N9 virus isolates contained 627 K, or the alternative mammalian adaptive substitution D701N. The D701N substitution in PB2 was found to increase virulence, and to expand the host range of avian H5N1 virus to mammalian hosts in the absence of E627K.75,76.

In terms of virulence, it has been shown that E627K in PB2 is a critical virulence determinant for clade H5N1 viruses, whereas D701N in PB2 and other unknown virulence determinants appear to be involved in the high pathogenicity of clade 1 H5N1viruses. The A(H1N1)pdm09 virus did not contain the mammalian adaptation residues 627 K and/or 701 N. When the substitutions E627K or D701N were introduced in A(H1N1)pdm09, no increase in virulence was observed.

The lack of these mammalian adaptation markers in PB2 was shown to be compensated by substitutions G590S/Q591R, which may affect interaction with viral and/or cellular factors and promote virus replication in mammals.[14] Other mutations in PB1,acidic polymerase (PA), nucleoprotein (NP) and nucleic export protein have been described that can compensate for the poor polymerase activity of avian influenza viruses in human cells[15].

The PB1-F2 protein contributes to viral pathogenicity by inducing apoptosis of infected cells. The 1918 H1N1 virus and various isolates of HPAI H5N1 virus specifically have an N66S amino-acid substitution,which is partially responsible for high virulence.[16] The PB1-F2 N66S variant reduced the production of interferon (IFN). It was demonstrated that the PB1-F2 protein contributed to virulence of pandemic strains and the HPAI H5N1 virus through enhancement of the lung inflammatory response, resulting in increased pathology.

However, in some influenza viruses, like the A(H1N1)pdm09 virus, a stop codon prevents the expression of PB1-F2, and restoring this function had minimal impact on virulence. In addition, PB1-F2 was shown to promote virulence and increase secondary bacterial pneumonia.[17]PA-X A newly identified protein encoded by gene segment 3, termed PA-X, modulates the host response by repressing cellular gene expression, i.e., host-cell shut off.[18] PA-X-deficient viruses caused enhanced disease in mice, which was related to an accelerated host response.

Truncation of the PA-X protein appeared to be associated with influenza virus lineages circulating in particular reservoirs, demonstrating that there may be some species specificity to the evolution of PA-X.[19] Non-structural protein 1 (NS1)NS1 has been studied extensively as a molecular determinant of virulence.

One of the most important roles of NS1 is that of an IFN antagonist, which is accomplished by several mechanisms.[20] Influenza viruses lacking NS1 are only able to replicate in cells or mice that have a compromised IFN response.[21] H5N1 viruses, unlike other human,avian and swine influenza viruses, are relatively resistant to the antiviral effects of IFN, which results in increased levels of pro-inflammatory cytokine expression.[22] This effect can be modulated by a D92E aminoacid substitution, which is responsible for increased virulence of HPAI H5N1 in mice and facilitates virus replication in the presence of IFN.[23]

The C-terminus of NS1 contains a PDZ ligand domain (of the X–S/T–X–V type) that was shown to be an important determinant of several amino-acid substitutions in the NS1 of H5N1 virus were shown to increase NS1 binding to CPSF30 (the cleavage and polyadenylation specificity factor 30-Kd subunit, involved in cellular premRNA processing), which was also associated with enhanced viral replication.[24]

The A(H1N1)pdm09 virus was not able to block host gene expression in both human and swine cell lines,[25] which is partially due to mutations that block CPSF30 binding. Additionally,A(H1N1)pdm09 virus has a truncated NS1 protein with a 11amino-acid deletion at its C-terminus, and therefore, lacks the PDZbinding domain. However, after restoring these functions in A(H1N1)pdm09 virus, they did not appear to have a significant effect on virulence of A(H1N1)pdm09 virus in various animal models [26].

These host-specific markers can help us identify the minimal requirements for adaptation of avian viruses to mammals and may have prognostic and diagnostic values for improving pandemic preparedness. 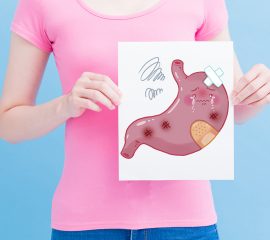 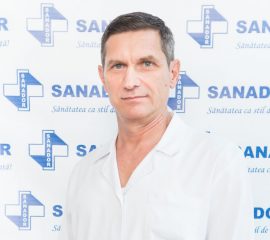 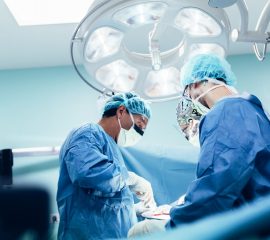 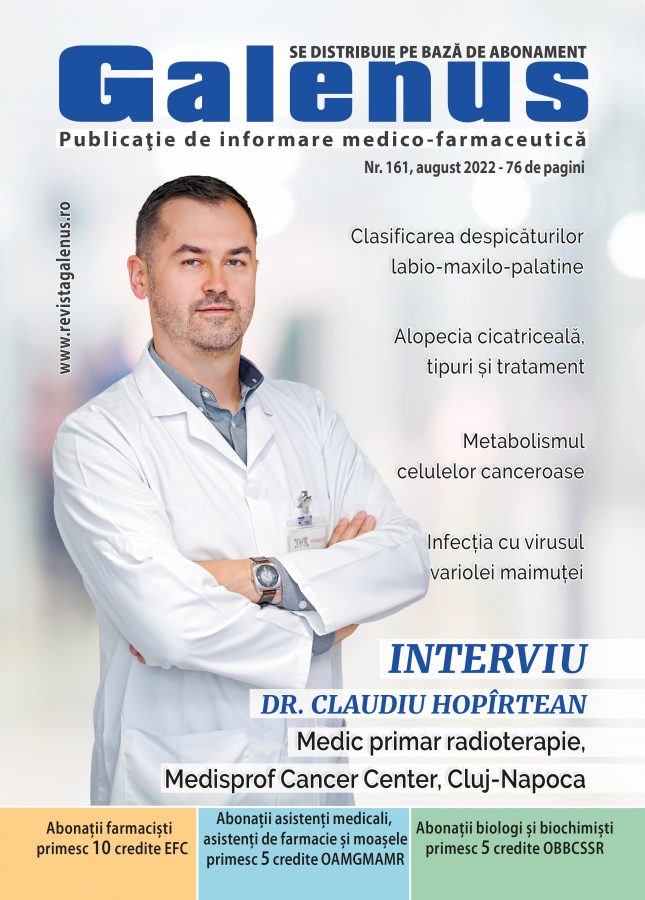 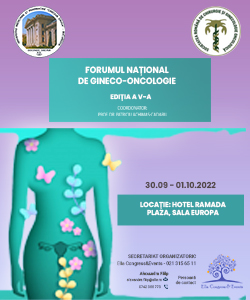 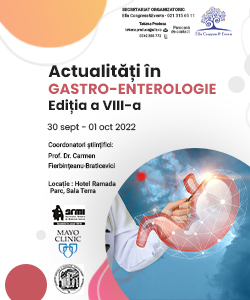