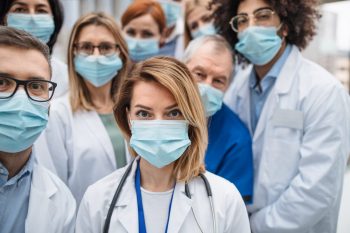 This paper is a review of the literature data on the relationship between memory CD40+T cells and influenza virus A infection. It is known that memory CD4+ T cells combat viral infection and contribute to protective immune responses through multiple mechanisms, but how these pathways interact is unclear. The researchers[1] have found that several pathways involving memory CD4+ T cells act together to effectively clear influenza A virus (IAV) in otherwise unprimed mice.
Keywords: memory CD40+T cells, influenza virus A (IAV), memory B cells

Naive CD4+ T cells do not contribute to the clearance of influenza A virus (IAV) [1, 2], but memory CD4+ T cells are required for heterosubtypic immunity in IAV-primed animals [3] and have been correlated with protection in humans [4]. How memory CD4+T cells contribute to protection against viral pathogens is not well understood, but their attributes suggest that different subsets play multiple roles, including inducing inflammation, helping CD8+T and B cells, and directly combating virus [5].

In IAV-primed animals,it is challenging to analyze individual protective mechanisms mediated by memory CD4+ T cells and to distinguish them from those provided by memory CD8+ T cells, memory B cells, and Ab as well as elements of an altered lung environment. Moreover, the scientists predict that distinct functions likely synergize with each other, further complicating analysis [6].

To unravel some of this complexity, they designed models to evaluate memory CD4+ T cell functions in unprimed hosts, lacking other IAV-primed lymphocytes, and showed a previously unappreciated ability of memory CD4+ T cells to act in the first 2–3 days after infection to induce innate immunity and reduce early viral titers [7].

Using a similar model, another study concluded that memory CD4+ T cell protection is dependent on IFN-gamma and that the protective capacity of these cells remains robust in lymphocyte-deficient hosts [8]. However, this study was largely restricted to monitoring the first week of infection, and the importance of IFN-gamma in protection against IAV remains controversial, with diverse reports citing either no role[9] or a critical contribution [10].

In the absence of B or CD8+T cells, protection was markedly and similarly reduced. By reconstituting lymphocyte-deficient mice with defined cellular populations, they have shown that memory CD4+ T cells can mediate distinct modes of protection that do not require IFN-gamma production and in which they synergize with either a neutralizing Ab response that does not require follicular help or with CD8+ T cell effectors acting during a brief window during the phase of viral clearance.

By deconstructing protective immunity mediated by memory CD4+ T cells, their results demonstrate they are capable of combating IAV through multiple pathways. The presence of these multiple mechanisms, which are redundant at low-challenge doses, helps to explain previous contradictory results and reveals the necessity of reductionist approaches for examining the full potential of memory CD4+ T cell protection against IAV.[1]

Furthermore, the fact that memory CD4+ T cells provide multiple layers of protection through synergizing mechanisms that develop concurrently supports the value of vaccines that induce multipotential CD4+ T cell memory. Mouse models are uniquely useful for uncovering the basic mechanisms the immune system can mobilize, and they offer the valuable opportunity for isolating individual mechanisms, defining how they operate, and for predicting what will occur in humans, investigating their interactions. [1]Since the goal of vaccination is to develop broad and effective protection, understanding the full potential of memory CD4+ T cells to have an impact on immunity is of great importance.

Through deconstruction of the protective response mediated by memory CD4+ T cells against IAV, the authors have identified multiple pathways through which this population can provide protection. First, in the absence of other lymphocytes, memory CD4+ T cells mediate Ag-specific viral clearance that is largely dependent on IFN-gamma and, to a lesser extent, perforin, but even it can be found this response alone is not sufficiently robust to clear high-challenge doses. Second, memory CD4+ T cells synergize with naïve B cells that act via secreting neutralizing Ab to improve viral clearance.

Either of these mechanisms is effective alone against 2,500 EID50 PR8 challenge, but when both are present, protection is seen against 10,000 EID50, indicating they are additive. Thus, the authors results[1]suggest that optimal immunity to overcome high doses of rapidly mutating viruses, such as IAV, is best achieved by simultaneous responses involving Ab and CD4+ and CD8+ T cells, each of which target distinct epitopes.

While several studies have investigated the requirements for heterosubtypic immunity, a consensus on the critical cellular requirements is still lacking. For example, previous studies have reached incompatible conclusions that protection depends primarily upon CD4+ and CD8+ T cells but not Ab [4,], on CD4+ and not CD8+T cells or Ab [5], on CD8+ and not CD4+ T cells or Ab [3], on B cells and not CD8+ T cells [11], or that cross protection is optimal in the presence of both B and T cell responses against IAV [12].

Mc Kinsty et al results serve to reconcile these seemingly contradictory results by demonstrating that distinct pathways of immunity mediated by memory CD4+ T cells can provide similar levels of protection. It is likely that variables such as the strain and dose of priming virus or differences in numbers and types of memory cells induced by distinct vaccine formulations will all determine the relative strength of the individual components of immunity against IAV and thus their potential contribution. In addition, since the size of the memory CD4+ T cell population gradually wanes, the time between priming (or boosting) and challenge is likely to have a considerable impact on the overall efficacy of memory CD4+ T cell–mediated protection,with protective efficacy tilting after long intervals toward memory CD8+ T cells that are retained at more stable numbers [12].

The authors believe that the approach they have taken here, in which they transfer memory CD4+ T cells to a series of B cell–, T cell–, and lymphocyte deficient hosts, is a valid one and in fact the only one capable of resolving individual components within a multilayered protective response[1]. Such hosts do offer the possibility of introducing artifacts because they are lymphopenic, so that the cells introduced might expand to a greater extent than they would in intact mice.

While that is likely to be the case, they haven`t seen no evidence that this has a substantial impact on the results presented in their paper. First, memory CD4+ T cell protection is robust in intact mice as well as lymphopenic mice when the pathways they have identified are preserved. Second, the protective capacity of memory CD4+ T cells in SCID hosts reconstituted with naive CD8+ T or B cells or even IAV-specific Ab was equivalent to that in nude or JHD hosts, respectively, and less than in intact hosts, consistent with the same sets of mechanisms working in each case.

Thus, the reconstruction studies suggest that the efficacy of each mechanism is not much affected by the host except for the absence of the cells in question. Moreover, since the authors have uncovered multiple mechanisms of memory CD4+ T cell protection that can be redundant when present together, it is clear that the details of each can only be revealed by a reductionist approach where a particular pathway can be assessed in isolation.

In fact, their studies[1] point out the impossibility of identifying and analyzing pathways of protection by conventional approaches that target mechanisms one-by-one in intact mice. A similar reductionist approach has shown that B cells are capable of protecting against IAV through multiple pathways [12]. The critical contributions of CD8+ T cells have not been elucidated fully, likely because of their own ability to employ redundant protective mechanisms (R.W. Dutton et al., unpublished observations).
THE authors have shown that memory CD4+ T cells responding to IAV control virus during the initial stages of infection through engaging broad elements of innate immunity [7].

Authors have suggested that the early capping of virus through this mechanism, which is intact in SCID hosts [11], keeps titers beneath a critical threshold until CD8+ T cells, neutralizing Ab, or both are able to synergize with CD4+ T cell–mediated functions, resulting in potent viral clearance that is largely independent of further innate defense mechanisms.

They found, perhaps surprisingly, that neither the TFH pathway nor help that enhances CD8+ T cell expansion is required for enhanced memory CD4+ T cell protection through their respective synergy with B cells or CD8+ T cells. One possibility in both cases is that the effects rather than the cells synergize. In the case of B cells, this suggests either that nonfollicular B cell help plays a critical role or that the T cell—independent Ab response against IAV is sufficient to synergize with antiviral memory CD4+ T cell function to clear the virus. In the case of synergy with CD8+ T cells, the combination of antiviral activities of CD8+ T cells recognizing viral peptides in the context of MHC I with antiviral functions of memory CD4+T cells recognizing MHC II restricted peptides could preferentially target different infected cells to more effectively clear IAV. Further experiments to evaluate the detailed requirements for synergy of memory CD4+ T cells with B and CD8+ T cells are required.

In contrast, the weaker form of protection mediated by memory CD4+ T cells that is independent of other lymphocytes may be mediated in large part by innate immunity. This would explain the critical requirement for IFN-gamma in controlling IAV in SCID but not in nude, JHD, or SCID hosts reconstituted with naive B or CD8+ T cells. IFN-gamma is crucial for the activation of many innate populations, including neutrophils and macrophages, both of which can contribute to protection against IAV [13,14].

Further experiments are required to determine the precise role of IFN-gamma produced by memory CD4+ T cells, but regardless, their results help to reconcile contradictory results on the role of IFN-gamma in protection against IAV by demonstrating its differing impact in different settings of IAV infection.

They also have shown[1]that memory CD4+ T cells are capable of exerting selective pressure on IAV, albeit in an artificial setting. IAVinfected lung epithelial cells express MHC II on their surface (14),providing an appealing mechanism for explaining that direct recognition of infected cells by memory CD4+ T cells can eliminate epithelial cells harboring virus capable of producing progeny containing peptide sequences recognized by their TcR through perforin-dependent cytotoxicity while sparing cells infected with mutants that do not.

The populations allowed authors to readily detect variants in the epitope seen by the transgenic TcR, but it is likely that less easily detected selection occurs under physiological circumstances. In support of this, IAV escape from a characterized human IAV CD4+ T cell epitope has been reported [15], and such viruses could represent potent threats, given their potential for escaping the multiple protective mechanisms described here. How such mutants arise in the human population is not clear, but it is possible that heterologous immunity induced by previous infection with a pathogen sharing a crossreactive CD4+ T cell epitope with IAV could, in certain individuals, result in dominance of the response by one clone, as has been shown to lead to CD8+ T cell viral escape in intact mice [16].

One might be tempted to conclude that the failure of memory CD4+ T cells to clear IAV in SCID mice was solely due to the emergence of escape mutants. However Prf1–/– memory cells, which failed to select for escape mutants, provided nearly equivalent, inadequate protection. Instead, analysis of SCID hosts receiving WT and Prf1–/– memory cells revealed extensive and increasing lung pathology and decreasing lung function during the third and fourth week after infection (K.K. McKinstry et al., unpublished observations).

The high viral titers that were sustained in SCID mice were most likely possible because of the prominent and extensive proliferation of bronchial and bronchiolar epithelium observed (K.K. McKinstry et al., unpublished observations). It is possible that factors released by macrophages activated by memoryCD4+ T cells [7,17] may stimulate epithelial proliferation, setting up conditions that allow for chronic infection, increasing lung inflammation, and eventually, death of SCID mice regardless of the emergence of escape mutants. 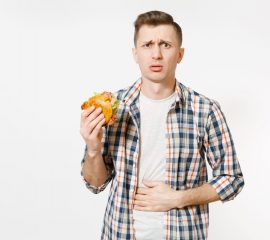 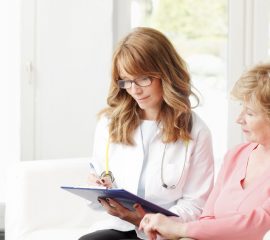 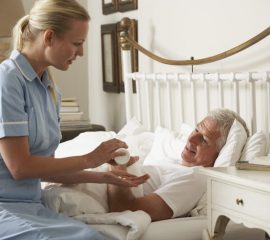