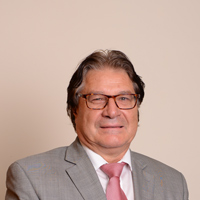 GALENUS: First of all, I would like to ask you more about your career. When did it all start and why did you choose a medical career?

I chose medicine because I was interested in research even when I was in high school. I did a lot of physics, I even invented a new method in physics and I received an award in our city in that subject. But I was more interested in transitional aspects of research than in physics, and medicine seemed the field where I felt I could contribute most. And that was throughout my life. The way that I approached medicine was a little different from most of my colleagues. While I was a student, I studied a lot of pathophysiology which is the understanding of the basic condition of diseases and the common bracket that unifies phenomena independent from the specific disease. Most of my colleagues thought that I was learning the wrong stuff. At the very end, I was the valedictorian of my class, even if that was never intended − it just came by chance. But this kind of desire to understand the basic mechanisms of diseases has always guided my clinical practice and my research. So, in the first years, when I started medicine, I learned how to operate on heart and also to implant devices, and soon I realized the limitations of the cardiac pacemakers. The rate was fixed and did not change with the demand of the patient. When you’re lying in bed at night, a heart rate of 50 or 60 is enough, but when you’re up, you need 120 – 150, 180 maybe. So I’ve worked on principles on how to adjust the heart rate of a pacemaker in a normal patient − when the heart rate at rest is low and when he’s exercising, it increases. So I evaluated different principles, like ventilation, blood temperature, impedance contractility changes of the heart and the simple movements and the physical energy that is created by the moving. An accelerometer was used to convert the mechanical shaking of the body into a signal that controls rate. That was an invention we did in ’84 and today it’s incorporated in every pacemaker worldwide.

GALENUS: Your name is behind numerous inventions. Which one is the most important to you?

They are all kind of important because all the inventions have always been guided by the aim to improve the life of patients. So it never was an invention for itself, all the ideas came from the daily practice of seeing patients and identifying their shortcomings and their needs. But also the energy saving of the devices that increase longevity is important. Hundreds of those developments and patents have been integrated into devices and in the practice of medicine. I think that today I have more than 650 patents worldwide.

GALENUS: Your activity is impressive, indeed. I know that you are the Director of Cardiovascular Research at Tulane University, New Orleans. Tell me a little about the activity of the institute…

So the principle is very easy. Stem cells are part of our life, of our disease, of our aging and, finally, of our death. Because in every organ we have stem cells which are located in the blood vessels. And these are the early pluripotent cells, each organ has a resource army of those cells which are initially silenced, which means they are sleeping, they are hibernating and have a very low oxygen demand; in turnover, they are very small. But upon demand, they get activated and regenerate that organ. If you have a high turnover of dying cells in a certain organ, like in a heart following ischemic heart disease, hypertension heart failure, your local pool of resident cells gets exhausted and heart failure occurs. The same thing occurs in osteoarthritis. Most people have some damage to a knee in earlier years and there is a process in the cells to have an increase turnover when you have inflammation following certain events and then the local pool of stem cells gets used up. And at the very end, the non-healing wounds are a very good example. If you take debridement of a wound and you look how many cells you find, you will be surprised how very few living cells are in that tissue. Now, the principle of regenerative medicine is to recover stem cells from a part of your body where you don’t necessarily need them to concentrate and bring them to that side which needs those cells. And this is a universal principle that can be applied to wrinkled skin, to non-healing wounds, to osteoarthritis in your knee, to heart failure and other diseases.

G: Tell us more about the role of stem cells in the regeneration of heart valves…

We haven’t tested that, I didn’t look into that issue and, to be honest, I don’t understand much about that. But I’ve learned something today in the presentation of Dr. Simionescu (n.r. acad. Maya Simionescu) – that stem cells might have a value in regenerating even heart valve. Now, what he does is that he artificially makes a scaffold from our cellular valves and injects the cells and then he puts some cells in circulation and hopes they form an endothelial layer. In the future, it might be feasible just to inject the stem cells with a micro catheter in a diseased valve and hope that it regenerates. Why do I have that hope? Because we know that, when we inject stem cells into a scar tissue, it remodels the scar and the connective tissue decreases.

G: Are you currently involved in any research/clinical study?

We draw two conclusions from that: first, that stem cells are able to remodel the already increased amount of fibrous tissue and replace it with functioning heart muscle; and second, that even in a chronic infarction, we have the chance to regenerate the heart with stem cells.

So, based on that, we are doing now a study in Vienna at the University Clinic where they do a lot of left ventricular assist devices for end-stage heart failure, for patients who need artificial pump to support the heart. Only very few patients make it with such a pump, they are in a range of 1-3 percent of all patients. We believe the reason is that their local pool of stem cells is exhausted, so we will do a therapy with orthologue stem cells which are recovered and processed from the adipose tissue in the surroundings of the heart, from the epigastric area and the perivascular fat and inject them during the operation on heart and follow the patients for a year and see if there is a significant improvement in heart function and perhaps a higher rate of patients in which the pump could be removed.

G: How do you see the future of regenerative medicine?

I see the future coming exponentially fast. The more we learn, the faster it evolves. Initially, you have observational cases, you do research in a few patients, then you do the first pilot study, then you do the first randomized study, then you do a couple of multi-standard studies, until you establish that, in a larger population, in a blinded randomized fashion, you have a significant effect and certainly you also have safety and efficiency and feasibility. And then it goes into the recommendation of a scientific organization. The whole process takes five to ten years, but I have no doubt that 20% or even more of all medicine in the future will be based on regenerative medicine.

G: Will we be able to reproduce all the organs of the body?

There is a big hype in tissue engineering and the idea to artificially build new organs. I would add a comment: that with simple organs, like the ear, or very easy functional parts, like your jawbone, we can do that. But with complex organs, like a kidney, or a heart, or a liver which not only consist of parenchyma, which means cells that have a specific function, but a lot of vascularization of special cells, like the pacemaking cells in the heart, you have adrenergic drive, vagal stimulation, conductive tissue, lymph nodes, lymph adrenals, arteries, veins… this is a pretty complex organ. And I don’t believe that we will be able, within the next one or two decades, to even restrict the printing to imitate the complex function of those organs. What we will be able to do is to inject stem cells which will learn from an existing organ what to become and to replace the diminished function. The next big step, as I previously said, is that the future of medicine will consist in encoding the genetic background and regulation in the so called non-coding DNA of our genome which has the information of millions of years back which we lost.

G: Why do you believe that?

It’s a very simple observation. If you take cells from a rat’s heart and you add human stem cells, in a co-culture, the human stem cells learn from the rat stem cells to become cardio mice sized. That means that the language of cells between species is the same. If you inject human cells into the wound of a mouse, so you can do a mouse punch biopsy, and cut out a piece of skin from the mouse and you inject human stem cells and you label those cells with GFP, so you can find them later on, and you do an analysis after two weeks, you will find that the human cells form skin, blood vessels and fibroblast in the mouse, which means that the local micro environment of those mouse cells gives the right signal, and the language of the mouse on a cellular level is understood by the human cells, so they do the right job in that location. It’s an evidence of evolution. With amphibians, we lost the ability to regenerate organs. If you cut off the tail of a lizard, it regrows. If you take an iguana and cut off its tail, it also regrows. In animals beyond the amphibians, that ability to regrow organs or limbs has been lost.

G: Why did we lose this ability to regrow organs?

I think is an evolutionary protection against cancer. Because the regrowth of an organ which is not already present is something which only embryonic or cancer cells have. And I think, as a protection and evolution over the years, we lost that ability. We have it conditionally in our body like I told you about the mice experiment or the heart of a zebra fish… these heart cells can divide in a zebra fish infinitely, even in old age. In humans, after birth, the heart cells have the ability to divide, so they have conditionally the ability to re-enter the cell cycle and grow again. In the adult life, two weeks after birth, this ability is lost. There is a very interesting experiment from my colleagues in Dallas at Southwestern where they cut off the apex of a mouse heart. If they do it seven days after delivery, the heart regrows and looks completely normal. If they do it two weeks after delivery of the baby mouse, it looks all scarred. Because the program that allows the cells to re-enter the cell cycle and divide is shut down. Regeneration in the heart is only visible through stem cells. Our research currently aims to identify the transcription factor which inhibits the re-entering in the cell cycle. If we don’t regulate that, then the heart cells, the cardio mice sized re-enter cell cycle and they start again. So part of the cells therapies is also the release of the genetic information from stem cells which is encoded in extra source to suppress this transcription fact that allows the cells to divide again. 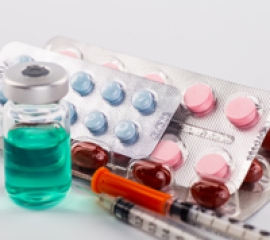 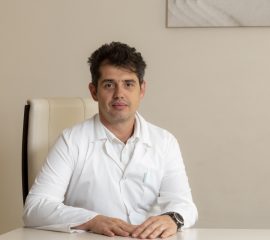 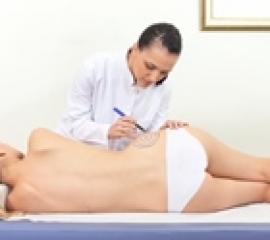