Abstract
Osteoporosis is a serious health problem all over the world affecting both women and men,the most important feature of this desease is bone microarchitectural deterioration leading to bone fragility and an increased risk in fracture .
This article is a review of the literature data on leptin receptors involvement in bone metabolism in elderly female with osteoporosis.

Introduction
Osteoporosis is a silent disease and the health and financial impact of the disease result from fracture, particularly hip fracture, for which subjects with osteoporosis are at an increased risk [1].
In bone mineral metabolism,there are many hormones involved such as oestrogens,
testosterone and parathormone (PTH). The adipocyte also plays an important role in regulating bone metabolism by releasing estrogens, and the adipokines, like leptin, resistin, adiponectin, and many others. After the discovery of leptin receptors in bone many studies have been done to explore its involvement in bone metabolism. Some studies have shown that leptin is expressed and secreted from primary cultures of human osteoblasts during the mineralization period, and that it may stimulate osteogenesis in human bone marrow in vitro [2,3].

Leptin discovery
Leptin, a fat-derived cytokine-like hormone, was discovered in 1994 by Friedman and colleagues [4]. A 16-kDa hormone, encoded by the OB gene, is predominantly expressed in adipose tissue [5] and circulates as a free and as a protein-bound entity. According to structural studies leptin belongs to the growth hormone four-helical cytokine subfamily.

Roles of leptin
Circulating levels of leptin correlate with BMI and the content of fat mass. After crossing the blood–brain barrier, leptin reaches the hypothalamus, where it acts as a crucial regulator of feeding. Leptin is mainly regarded as a ‘‘starvation-hormone’’ signaling from the adipose tissue (AT) to the brain, indicating the size of the AT-stores [8].
Food intake and energy expenditure are controlled by leptin through an interaction with various neuropeptides in the hypothalamus. Neuropeptide Y (NPY) and agouti-related peptide (AGRP) expressions are inhibited, whereas pro-opiomelanocortin (POMC) expression is stimulated by leptin with increased food intake [9,10]. Moreover, leptin interacts with neuromedin U (NMU); a novel and recently identified hypothalamic neuropeptide involved also in the regulation of appetite and locomotor activity [11].
Besides energy metabolism, leptin demonstrates pleiotropic effects in such areas as hematopoesis, blood pressure, T lymphocyte function, reproduction and bone mass regulation [12]. Several endocrine and paracrine factors play a role in the fat-bone relationship. A number of local cytokines secreted by the adipose tissue, including leptin, have also been related to BMD variations [13]. Leptin because of its diverse role in bone is being considered one of the main functional connections between fat and bone.
Leptin, known to regulate appetite & energy expenditure may also contribute to mediate the effects of fat mass on bone. Interestingly, obesity seems to protect from osteoporosis.
This observation led to researchers at bone formation in mouse models of obesity. Much effort has been dedicated to the relationship between leptin and bone. This interest stems from the well-founded knowledge that body weight is a major determinant of bone density[14]. It is known that obesity is generally accompanied by increased bone strength.
Obese persons have stronger bones and lose bone tissue at a slower pace [15]. Leptin has been proposed to regulate increased body weight as well as increased bone density.
Mice that have congenital absence of leptin (ob/ob) have been shown to be obese and have very high bone density. Leptin makes them lose both fat and bone [16]. The bone mass phenotype of ob/ob mice can be rescued by intracerebroventricular (ICV) infusion of leptin, suggesting that leptin exerts an indirect influence on bone mass. There is a re‐port which has shown that when leptin injected into the brain of animals it will inhibit bone formation at doses lower than those that cause loss of body weight [17]. A lot of studies have been done to explore the relationship of serum leptin with bone mass density and biochemical bone markers in osteoporosis. In this chapter, the mechanism of action of leptin on bone is reviewed and role of serum leptin in postmenopausal females is discussed with respect to its relation with bone mass density and biochemical bone markers.

Leptin and its mechanism of action on bone
Leptin acts on bone by two different mechanisms. The first is the indirect mechanism revealed by Ducy et al (2000) in mutant mice and rats that either cannot produce or cannot respond to leptin [17]. Leptin secreted from fat cells is carried by the ObRa receptors of vascular endothelial cells across the blood-brain-barrier where it activates ObRb receptors in the hypothalamus.
These signals then stimulate expression of HOBIF (hypothalamic osteoblast inhibitory factor) which when released, lowers the matrix-making ability of osteoblasts [25-29] and because of this reason obese Ob (Lep)–/– mice, which should have low bone mass due to lack of leptin, and thus estrogen, actually have an abnormally high bone mass.
The second direct mechanism of leptin action is by promoting differentiation of bone marrow stromal cells into osteoblasts [8] and by inhibiting osteoclast generation [30].
Bone marrow stromal cells (BMSC) can differentiate into either adipocytes or osteoblast cell lineage. Bone marrow adipocytes may serve as a direct source of leptin, which can inhibits adipogenesis differentiation of BMSC and stimulates differentiation of osteoblasts [18] while Kim et al. (2003) have shown that very high leptin levels led to BMSC apoptosis[19]. Reseland et al. (2001) have found that human osteoblasts start making and secreting leptin when they are either in the late, matrix-mineralizing stage or when changing to osteocytes [2]. Leptin has also stimulates the proliferation of cultured human osteoblasts [20], and it has been shown to cause human bone marrow stromal cells to express alkaline phosphatase, collagen-I, and osteocalcin and to mineralize matrix [8].

These tissue culture experiments support the dual effect of leptin within the bone microenvironment depending on the local leptin concentration.
In the last decade Ducy et al. (2000a,b) [17,19] have not found any long isoforms of the leptin receptors (Ob-R) on osteoblasts, so they assumed that leptin acted centrally as a very potent inhibitor of bone formation. Although the long isoform of Ob-R is abundantly expressed in the hypothalamus, and in a large number of peripheral tissues [7].
BMSC, osteoblasts, osteoclasts and chondrocytes also express leptin receptors [3]. In osteoblasts,leptin acts through the osteoprotegerin (OPG)/RANKL (Receptor Activator forNuclear factor κB Ligand) signaling pathway. Treatment with leptin changes the OPG/RANKL expression profile favoring OPG [21]. Consequently, osteoclastogenesis is very likely suppressed by leptin through the OPG/RANKL pathway. In agreement with the previous findings, Burguera et al [22] have also confirmed the previous findings that administration of leptin reduced ovariectomy induced bone loss in rats by increasing osteoprotegerin mRNA in osteoblasts. Cornish et al in 2001 have found that leptin given peripherally increased bone strength in mice and also increased proliferation of osteoblasts in vitro [23].
The results of these studies showed that direct peripheral action of leptin on bone is to enhance the strength of the bone in contrast to its central effect.
In order to evaluate its central effect, leptin was injected into the brain in the form of an intra-cerebelo-ventricular infusion [19,20,24]. Bone loss occurred in both wild-type mice and leptin deficient mice confirming that bone mass is partly regulated via the central, hypothalamic relay [17]. However, bone formation was inhibited at lower doses of leptin than those necessary to cause the loss of body weight. Ob/ob mice have low sympathetic activity, which led to the assumption that the central effect of leptin on bone is mediated by the sympathetic nervous system (SNS) [25]. The effect of leptin on the sympathetic nervous system is an important aspect in the regulation of energy homeostasis as well as several other physiological functions [26].

Serum leptin and Bone Mass Density (BMD)
It is widely recognized that BMD measurement can predict fracture risk in the same way as cholesterol predicts cardiovascular disease [27]. In fact, the strength of BMD measurement to predict fracture is approx 3 fold higher than strength of serum cholesterol to predict cardiovascular disease [28].
Bone mass measurement has been found to be a single best predictor of fracture risk and is required to the early diagnosis of osteoporosis [26,27,28]. It is observed in a study by Lateef et al 2010 that BMD is found to be significantly lower in postmenopausal females with and without osteoporosis as compared to premenopausal females [29] and there is a negative correlation between age and BMD found in post menopausal ostreoporotic females indicating bone loss with age and menopause [30]. A rapid bone loss is commonly seen in elderly individuals and tends to worsen with advancing age.
The aging population is inevitably proven to be more osteoporotic unless it is intervened first with diagnostic tools and after preventive therapy [30].Another study of Lateef et al 2011 showed that plasma leptin levels were positively correlated with bone mineral density (BMD) values in osteoporotic females [31]. Some reports have suggested a correlation between serum leptin concentration and BMD while other showed no such association [32-33]. It has been shown that plasma leptin levels are positively correlated with BMD at all skeleton sites measured in postmenopausal osteoporosis [34]. It is interesting to note that the obese are usually protected against osteoporosis and have increased bone mineral density [35].
This has been attributed to the mechanical effects of their excessive weight on bone tissue. It has been shown that obese postmenopausal women have a tendency to have increased bone mineral density compared with lean women [34]. The study of Di Carlo et al. (2007) documented a significant correlation between serum leptin and BMD in early postmenopausal women but the correlation was lost during progression of the postmenopausal period [36]. Thomas et al. (2001) have observed that serum leptin correlated with BMD in women but not in men [18]. Pasco et al. (2001) have demonstrated a significant positive association between BMD and serum leptin in non-obese women [37].
In leptin literature, several studies have examined the relationship between serum leptin and BMD in various cohorts, but the results remain contradictory. This fact reflects the intricacy of the relationship of leptin and bone.
A study by Hamrick and Ferrari (2008) has documented that the effect of leptin is reduced with increased age and higher BMI in both humans and laboratory animals in spite of high serum leptin levels [38]. It has been postulated that the under-responsiveness to leptin, or leptin resistance, is mediated either by impaired transport of leptin through the blood-brain barrier, lower expression of leptin receptors and/or by the inhibition of the intracellular leptin signaling [39].
In plasma, leptin is bound to soluble leptin receptor (SLR), the product of an alternate splicing of leptin receptor mRNA or proteolytic cleavage [7]. Whereas serum leptin levels correlate positively with BMI, SLR is correlated negatively [7,40]. The inverse relationship between SLR and BMI reflects a feedback regulation between the body weight and leptin or leptin receptor expressions.
It has been observed in a study by Welt et al. (2004) when low serum leptin levels in women with hypothalamic amenorrhea (induced either by exercise or by low body weight) were treated with recombinant human leptin for three months, it led to an increase of osteocalcin, bone alkaline phosphates and IGF-1, whereas urinary N-telopeptide did not change [41].
They have demonstrated that leptin administration in individuals with leptin deficiency appeared to improve the growth hormone axis and markers of bone formation [41].

The research studies concluded that leptin exerts a peripheral and a central action on bone metabolism . Peripherally, leptin is thought to exert positive effects on bone formation, whereas it is thought to reduce bone formation via a central control mechanism when binding to its specific receptors located on the hypothalamic nuclei.
Despite a preliminary understanding of leptin–bone mass interactions,the exact roles of leptin on bone metabolism have not yet been elucidated. Further work should be done to investigate their exact connection. 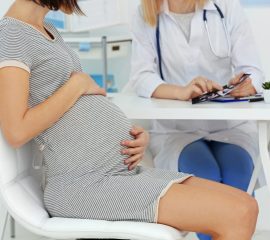