Abstract
This is a review of the literature data on molecular structure and behaviour of influenza virus A nucleoproteins.
It has been established that influenza viruses contain a segmented, negative stranded RNA genome. Each RNA segment is covered by multiple copies of the nucleoprotein (NP). X-ray structures have shown that NP contains well-structured domains juxtaposed with regions of missing electron densities corresponding to loops. The researchers have tested if these flexible loops gated or promoted RNA binding and RNA-induced oligomerization of NP.They came up to the conclusion that flexibility of loops 1 and 2 is required for RNA sampling and binding which likely involve conformational change(s) of the nucleoprotein.
Key words: influenza virus A, nucleoprotein(NP), oligomerisation, genome

Introduction
It has been established that nucleoprotein of Influenza A virus, NP, covers and protects the eight single-stranded viral RNA segments of negative polarity [1,2,3,4,5]. NP assembles with the three subunits of the polymerase into a ribonucleoprotein complex (RNP) which controls transcription and replication. NP has a key role in this complex, regulating the balance between transcription and replication during the virus cycle [6,7,8]. The sequence of NP is highly conserved among virus types and subtypes.
Recently, X-ray structures have shown that NP forms a trimer in the crystalline state [7,9]. The subunit interactions in the trimer were mediated by a swapping tail loop. In particular salt bridges between adjacent monomers were essential for the stability of the trimer; the single point mutation located in the swapping loop, R416A, disrupted the trimer by breaking a salt bridge with E339 of the adjacent monomer and R416A exclusively formed monomers. In the H5N1 structure, the trimer interface was stabilized by an additional salt bridge between K430 of one subunit and E434 of the neighbor subunit [7,9]. The trimer interface also presented hydrophobic patches conferring further stabilization through p2p stacking and hydrophobic interactions [10]. Each NP monomer within the trimer is organized into the head domain, the body domain and the tail loop region. The head and body domains are well structured and have a high helical content. Some of these helices present a sequence conservation of 80 to 100%. In between the head and body domains, a protruding element (167–186) and a basic loop (72–91) surround a concave groove, rich in basic residues, mostly arginines which likely constitutes the RNA binding site. The electron density in the basic loop was missing in the X-ray structures [7,9, 10,11,12] but the importance of this loop for RNA binding was shown by a substantial decrease of the affinity for RNA of the deletion mutant NP-D74–88 compared to NP [7]. Residues R74, R75 of loop 1 and R174 and R175 of the protruding element were found essential for RNA binding [7].
In their study,Taurs B.et al[1]have questioned the role of the flexible elements found in NP structure in promoting RNA binding and oligomerization. To that end, they have quantified the flexibility of NP by molecular dynamics (MD) simulations, based on the X-ray structure of the H1N1 protein to which the missing regions have been added. Molecular modeling is an available tool to study protein dynamics, especially of flexible regions unsolved by X-ray crystallography, without the need of labeling high protein concentrations required for NMR studies. The flexibility of the wt protein was compared to the fluctuations of a mutant R361A selected for its location in the RNA binding groove. If the flexibility of the loop regions impacts on the RNA binding groove and mediates RNA binding and protein self-association, differences should be observed between NP and R361A. The simulations highlighted the flexibility of three defined regions in NP monomer that were perturbed either by oligomerization via trimer formation or by the R361A mutation. The first two regions were the basic loop 1 and the protruding element (loop 2) on one face of the protein and the oligomerization loop 3 on the other face of the protein. The flexibility of loops 1 and 2 facilitated RNA binding to wt NP, presumably mediated by a conformational change of these loops as previously proposed [13]. In contrast, a limited access for RNA binding was seen in R361A, caused by a reduced loop flexibility via a salt bridge between E80 (loop 1) and R208 (loop 2) and hydrophobic interactions between loops 1 and 2 observed in the dynamic simulations. To test this hypothesis, the authors expressed wt NP, wt-E80A-E81A and wt-R204A-R208A on the one hand and the R361A and the triple mutants R361A-E80AE81A, R361A-R204A-R208A on the other hand. The replacement of the two consecutive glutamates or R204A and R208A by two alanines aimed at avoiding the formation of the salt bridge between loops 1 and 2 and at recovering access for RNA binding.
The affinity of these proteins for RNA was determined by surface plasmon resonance and their RNA-induced oligomerization was monitored by dynamic light scattering.

Conclusion
This loops 1 and 2 flexibility deduced from the X-ray structures and studied in this work seems important for NP function and could be exploited by cellular or viral factors to modify or regulate NP activity. 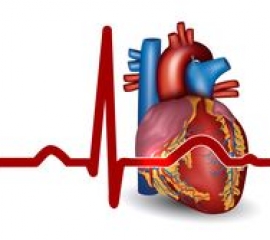 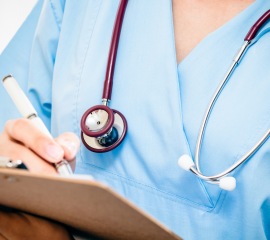 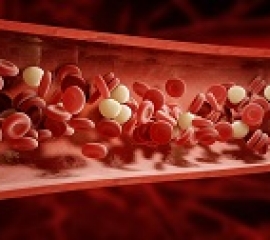